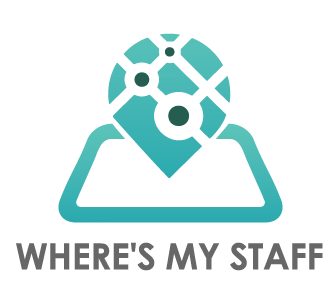 Ever since the dawn of humanity, people constantly tried to invent things to simplify their daily tasks. They kept seeking ways and methods that would help them achieve more in less time. It’s not like we humans are the laziest creatures on the surface of the planet, NO.. GOD FORBIDS. Let’s say we truly enjoy brainstorming for ideas to help others in need, to stop poverty and starvation, to promote world peace and all these beauty pageants’ non sense. Anyhow, I’ll cut to the chase, today, millions of inventions changed the face of planet Earth altogether and made life bearable and a thousand times easier. Technology has definitely been a major breakthrough in the business world. It has generated more profits than any of us might have envisioned. This is why technology is crowned a winner on the throne of business. One of the latest ground breaking technologies that have pushed its way through is a web based technology known as Where’s My Staff produced by Tragging. Let’s delve into the depth of this Where’s My Staff application.
In a world filled with uncertainties, has it ever occurred to you that for once, just for once this could change and for good?
As you may all know that in the business world nothing is certain! It’s always “almost”, “approximately” or “nearly”. “Where’s My Staff “is a new application that’s invading the business world and guarantees making your life much easier and less complicated.
Where’s My Staff has proved to be the least costly attendance system to be ever deployed in all sorts of industries across the globe. Due to Where’s My Staff, one will be able to track employees and know exactly where they are. Where’s My Staff will monitor and issue reports of all the locations the employees have visited no matter where you are in the world.
Where’s My Staff is a very affordable application that is easily accessed using mobile phones where users don’t have to connect to the Internet in order to check-in because it works both online and offline. So that’s not a matter of concern anymore. Employees will no longer be able to give unconvincing arguments since everything is well recorded. Where’s My Staff is able to track employees who work outside the company, locate and pinpoint their position directly on the map. All the data saved will be stored on cloud to provide well-structured reports.
Time fraud is ancient history issue with Where’s My Staff. Imagine how much money you’ll be saving by exposing con men who manipulate the system and lead you to pay an excessive amount of overtime payment monthly. So you can say goodbye to manipulations regarding that matter and be in charge of everything once and for all. “Blame not the absent until he is back” they say, but now you don’t have to wait for employees to know where they have been all day long.
Moreover, while we are at it, Where’s My Staff saves you a great deal of money in term of papers, printers’ ink, data cards, not to mention maintenance costs that you usually have to deal with on a regular basis.
Legal issues are to be taken into account as well, where employees have access to all of their records to guarantee an ultimate level of transparency.
These are issues usually faced by managers, as for issues employees face, one that my very own self has suffered from previously, given the fact that I have OCD. The conventional attendance machine that is based on the palm print was my worst nightmare. The very thought of people placing their palms on the surface of that machine and the idea of them not having clean hands gave me the creeps. So every day, twice a day, I had to wipe the surface with a sanitizer and then rush to sanitize my hands with different kinds of soaps and rubbing alcohol. Imagine having to go through this horrific nightmare every day. It was quite exhausting to say the least. So with Where’s My Staff, I, and people like me, wouldn’t have to worry about such issues anymore as the attendance machine will be my very smart phone. To make things even more compelling, Where’s My Staff  bonus feature actually calculates the payrolls and the working hours of each employee. Where’s My Staff also calculates how much is the overtime payment based on the overtime hours worked per an employee.
Where’s My Staff application has remarkably boosted staff productivity by 86% and enhanced the overall performance of companies thus improving customers’ satisfaction. Having said that, feedback on Where’s My Staff has revealed a reinforced customer relationship that was reflected through an improved customer experience especially for distribution and services companies.
On another encounter, the most commonly used tracking systems that are embedded in bracelets or as a wrist tag has shown displeasure among the public due to the health issues it may impose on humans or the fact that it might be violating privacy and projecting some sort of what is regarded as slavery.
However, with Where’s My Staff it is so far from all that hustle and bustle due to the fact that it is merely an application that utilize mobile phones to control attendance and track employees during their working hours to ensure a smooth and efficient workflow.

With Where’s My Staff all worries and doubts will go down the drain as it helps level up your business game and make you aware of everything going on behind your back.

For more information please visit us at: Where’s My Staff

Do I Need A Fleet Or An Employee Management System?